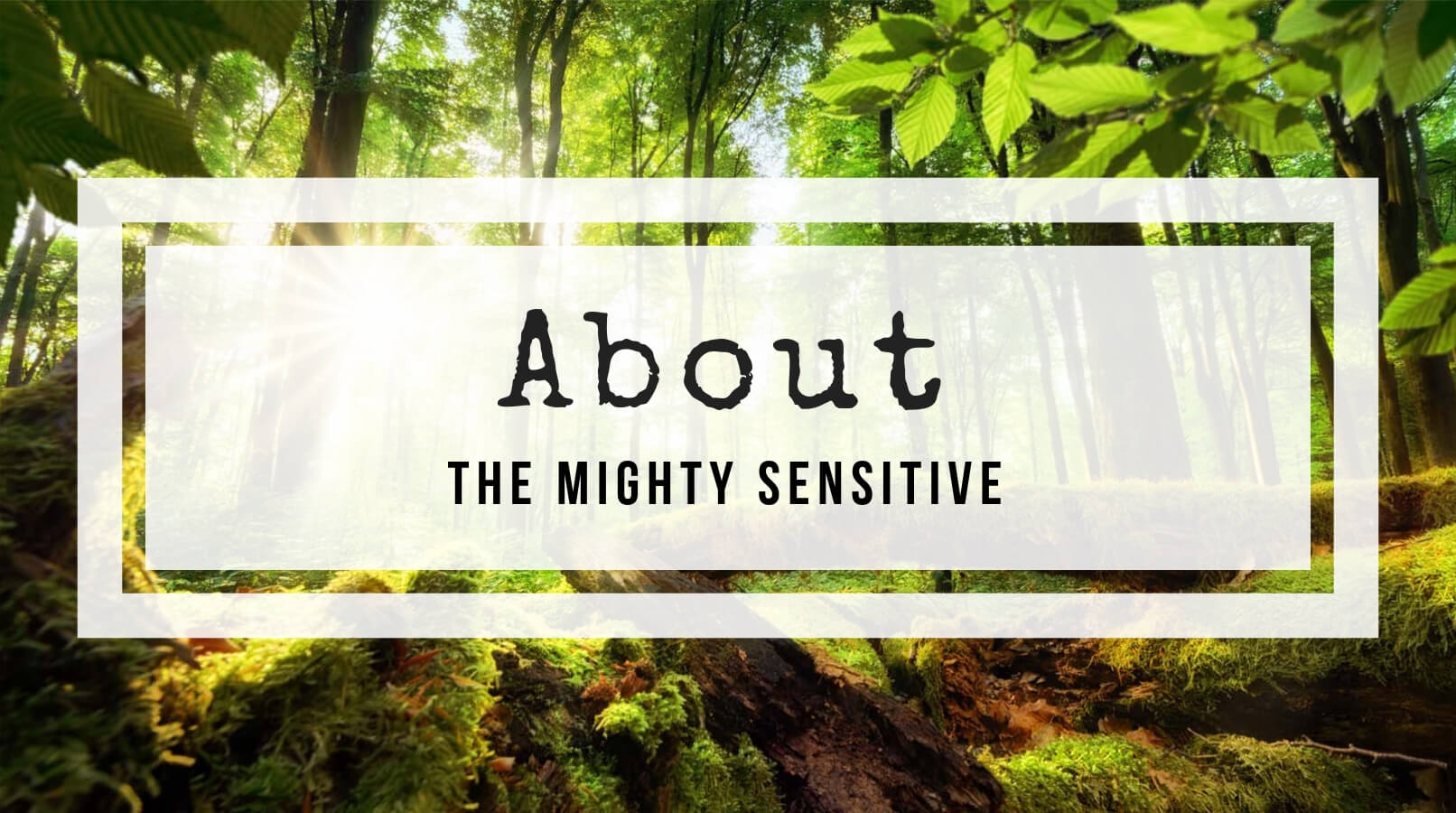 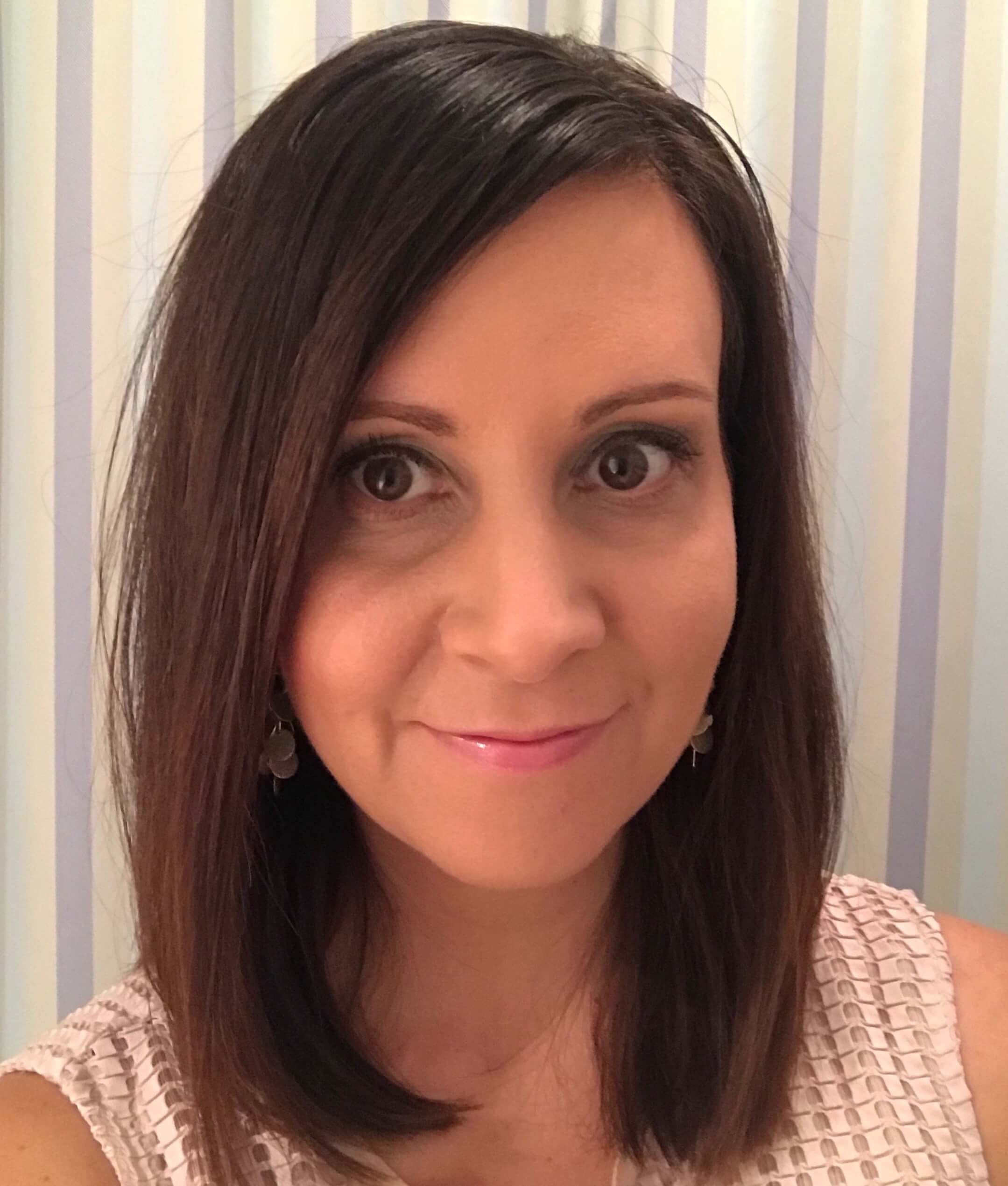 Many in our community are revolutionaries, artists, and writers. My brand integration services at Pivotal Pen provide another kind of breakthrough and direction for entrepreneurs.

Our world needs you, mighty sensitive. My mission is to help you discover freedom, hope, and confidence as you “rise and shine” in your unique design. With love…

Here are a few more things about me.

I’m a single mom. My parenting style seems to be a mix of honesty, compassion, joy, try-not-to-forget-stuff, and don’t-give-me-that-attitude. I seriously love my kid with everything I have.

I’m an introvert who is sometimes mistaken as an extrovert, because I absolutely love connecting with good friends, new and old. Relationships are everything.

As a verbal processor, I need to talk to you and I need to write things. It helps my brain think and make decisions. So, thanks for listening.

My ideas are sometimes a little unconventional and outside-the-box. But they also usually make sense and are probably worth a try.

I am a Certified Aroma Freedom Practitioner and Aroma Breakthrough Coaching is my jam. If you need emotional breakthrough, talk to me. Aroma Freedom is a total game-changer and so transformative. I LOVE MY JOB!

INFJ, 4w5 – for all the personality junkies out there!

I’m also a highly sensitive person who is daily learning to live unashamedly, on-purpose, as intended by my Creator. Taking steps to grow into my sensitivity while maintaining healthy boundaries. Thriving as an HSP in a warrior-world can be challenging, but I’m here to tell you it’s possible!

If you’re new here, you might be wondering why anyone would intentionally label themselves a “highly sensitive person.” And deep down, you may be asking yourself if you or someone you know could have the highly sensitive trait. Great questions!

So before I tell you what The Mighty Sensitive is all about, let’s start with some self-scrutiny, shall we? Here are some questions for you that might help you figure out if you and high sensitivity have anything in common…

Do you seem to experience everything more intensely than those around you?

Are you extra-sensitive to noise, light, or smells?

Do you feel a bit shaken after watching (or reading) the news?

Do you crave deep, meaningful connection with others – beyond what many of your friends seem to need?

Do you have an aching desire to rescue every child, friend, and dog in need?

Do you have so many insights and ideas that, in conversation, you’re not even sure which one to express, so you end up sounding like a total goof?

Do you have trouble falling asleep because you’re thinking about every angle, idea, and possibility for your latest project?

Are you an empathic sponge? Do you pick up on nuances and subtleties all around you that others seem unaware of?

If you answered yes to a good majority of those, you might be a “highly sensitive person.”

There have been times I’ve tried to shake it, in an attempt to “fit in” with the mainstream… but high sensitivity remains inside me like a smoldering fire.

Does “highly sensitive person” sound a little flaky? It did to me, too. But before you run away laughing and rolling your eyes, thinking I’m a delicate little daisy… let me explain.

“High sensitivity” does not mean that I am a wimp who cries at the drop of a hat. (But I do cry when needed; many of us do.)

In fact, it is actually my high sensitivity, in particular, that makes me strong in certain areas. It’s taken some time to grasp that, but it’s true. Sensitivity is actually a major strength that benefits both individuals and society.

High sensitivity is not a disorder. It is simply a trait, most notably identified by a depth of processing which affects the nervous system. It is a trait that I’m learning to accept in myself.

If you’re like me, you might appear to be a standard, run-of-the-mill human on the outside… but deep down, that depth of processing has you like, “What is the meaning behind that text message?… How can I make her feel understood?… What if we tried it a different way?… Why does everyone stare at me when I ask questions?… When will my brain shut off?!?!!”

New, weird friend. 🙂 Get comfy and stick around a while. I think you’ll like it here. 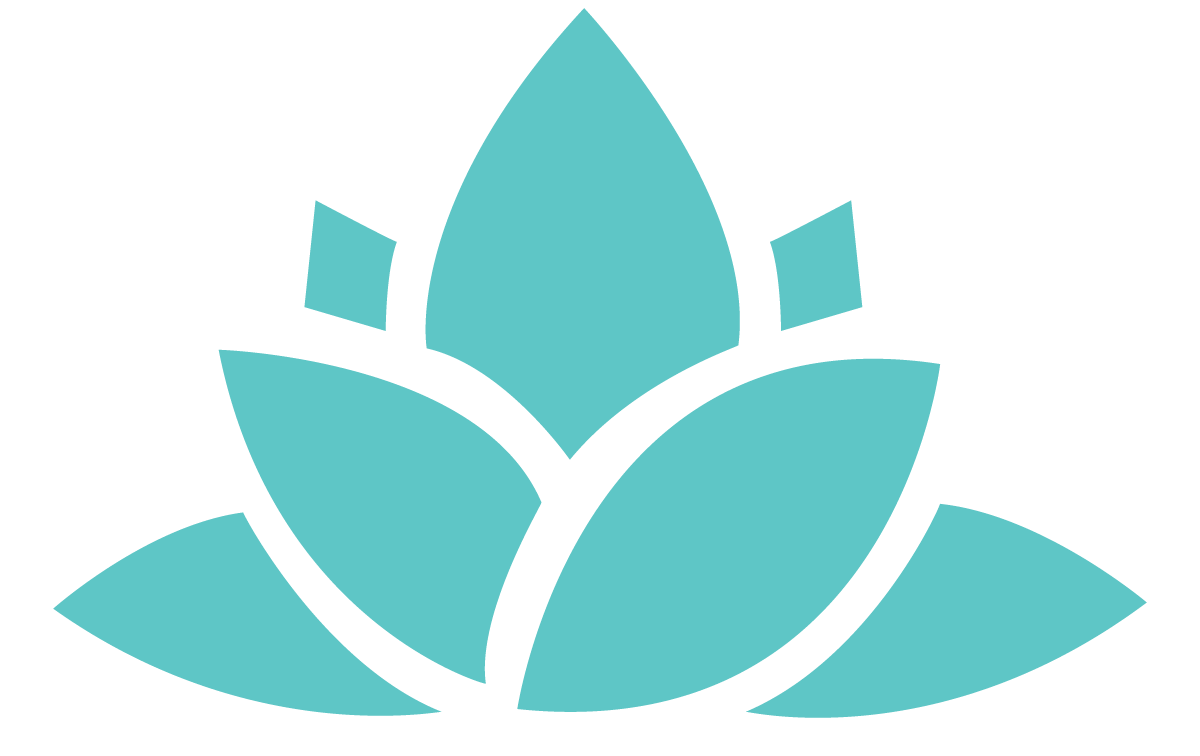 Awareness and acceptance of our significant DESIGN as highly sensitive people.

Understanding of our unique, highly sensitive PURPOSE on this planet.

FREEDOM to courageously live out our highly sensitive trait in healthy ways.

Like many HSPs, I learned and accepted that many of the “relationship challenges” I’d had throughout my life had actually been legit emotional and psychological abuse.

In those relationships, I learned to suppress my needs, feelings, and intuition as a means of self-preservation. I had no idea that suppressing my true self – although it was preserving toxic relationships – was actually shaming and abandoning myself. My body caught up with my battered heart, and I found myself severely wounded, fatigued, and – eventually – chronically ill.

When I finally got the right kind of help, I met many other HSPs who had lived through similar situations. Some shared about being a “highly sensitive person,” and when I began to research the trait, there was no denying the obvious. I was an HSP too!

At first, I wondered if being highly sensitive meant that I hadn’t really been abused emotionally or psychologically, but that maybe I was just “too sensitive” or “too much” to handle. It seemed like a fine line… But that couldn’t have been farther from the truth.

I learned that falling into abuser-victim relationships is a common pitfall for even the seemingly strong HSPs, due to our high empathy. We naturally cater to the needs of others, regardless of the cost. It surprised me to realize that I had always been a caretaker of others’ emotions… and I began to see that I was naturally accepting the cost of abandoning my own emotional needs.

Highly sensitive people {lacking tools} are, unfortunately, an easy target for bullying and all types of abuse.

This is because, even when we hide it, we are perpetually empathizing with those who mistreat us. High empathy – without boundaries – creates the perfect opportunity to become someone’s doormat. As HSPs, we willingly take responsibility, try to rescue the “misguided,” and take on all of the hard relationship work ourselves – regardless of the lack of change from the abuser.

If you have been there, you are not alone. I have met many intelligent, capable people with the HSP trait who have fallen prey to an abusive relationship dynamic – and for many, it is repeated over and over again in new relationships.

In fact, if you are an HSP and consider yourself as a strong, independent, caring person… please be aware that you are seen by predators and abusive people as a most exciting challenge.

Once it became unavoidably clear that what I’d been enduring was indeed abuse, I was able to see the lie I’d been telling myself – and hearing from others. The big, fat lie was: “You’re just too sensitive. You’re just too much.”

So, for a long time, I looked at my sensitivity as a problem. THE problem. I thought it was the part of me that made me hurt. So when people hurt me, it didn’t occur to me that it could actually be that person’s problem, and not somehow my own fault. (That did occur later when I became reactive and was grasping for a sense of control.) But feeling hurt in relationships? I thought it was normal. Par for the course.

HSPs, hear me – accepting that relationships will inevitably hurt is a dangerous place to live – a slippery slope into accepting ANY relationship as good, even a destructive one.

The truth was, my sensitivity should never have been used as an excuse for someone to continue harming me. I know that now. But I also know that because I am sensitive and highly empathic, I need to be proactively working on growth areas like people-pleasing, boundaries, and trusting myself… so that I’m able to say “no” and walk away from situations and relationships if they are damaging to me.

The story God has given me is much bigger than “victim” or “survivor.” It is also a story about learning to rest and revel in who I am as a highly sensitive person, which is, as it turns out, a wonderful trait!

By the way… have you met the God who never lies, tricks, controls your mind, or bullies? The one who rescues the oppressed and is close to the brokenhearted? He heals hearts, and restores souls, and renews minds, and redeems lives. He fully understands and loves highly sensitive people. In fact, he created us in HIS image. This is the story I love to tell.

Because I know we were designed on purpose, I firmly believe we can learn to accept our sensitivity and use it as it was intended. Where there’s a creator, there’s a purpose behind his creation. The Mighty Sensitive is a safe place where we can discover our purpose and our strength, together.

So we can learn where we’re strong. But I don’t want to stop there… I want us to refine our gifts. Sensitivity is only as good as what you choose to do with it.

For some of us, high sensitivity has seemed like a weakness because we simply haven’t had tools to cope or thrive in tough circumstances or relationships.

Maybe you were encouraged to “be vulnerable,” so you let everything fly, raw. But now you find yourself misunderstood, angry, or even hurting others.

Maybe you’ve just shriveled up, a shell of the person you once were. You’re afraid of the world and people and relationships.

I get it. And I feel so much compassion for other HSPs who have had to endure hardships unequipped. Please know that you CAN heal and you CAN grow stronger as an HSP.

Since we live in a fallen world, and we are all broken in one way or another… there are messy, broken places in our sensitive hearts that truly need help.

I am most definitely a work-in-progress, and I will likely always be pretty quirky and weird. But I’m choosing everyday to grow in handling life as a strong, discerning, highly sensitive person. Like any trait, high sensitivity can be mastered or misused, and HSPs have our own set of unique temptations to deal with. So we’re going to discover how to be mighty overcomers of these sensitivity-related struggles, too.

How about we search together for the purpose – the gifts – of our high sensitivity? What if your perceived weakness was really… a strength?

And, could we go there? All those places we get tripped up. Let’s find healthy ways to deal. We can grow into our gifts. 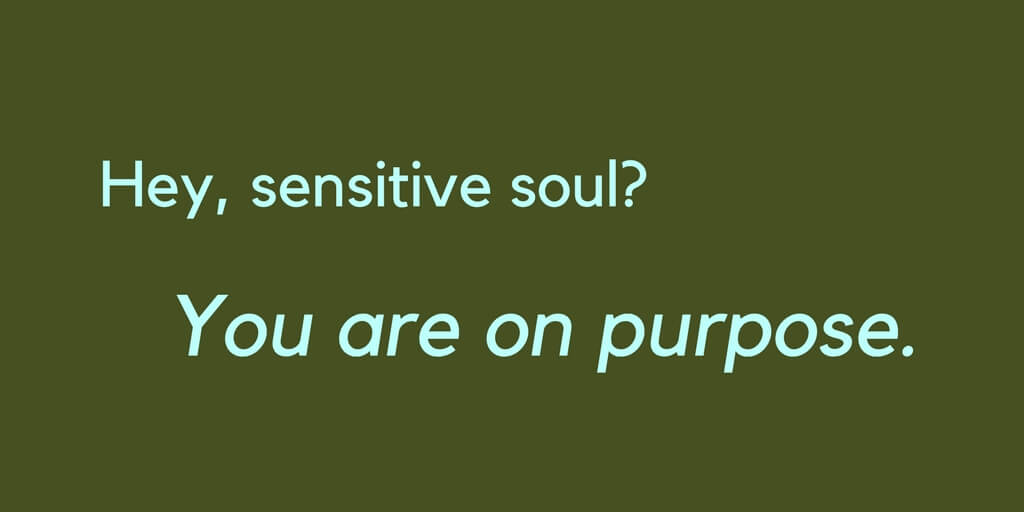 We are building a courageous community, where we can support and encourage one another on this HSP life journey.

HUGE transformation is happening here through Rise & Shine Aroma Breakthrough Coaching, so if you need to clear out your emotional trash and find direction, head over that way.

If you have thoughts or questions, don’t be a stranger! Connect with me over here.

If high sensitivity resonates with you, I’m SO glad you’re here!

You are on purpose, mighty sensitive.

Courageous Contemplations is a weekly email update, including new blog posts from The Mighty Sensitive, for highly sensitive people and their loved ones.